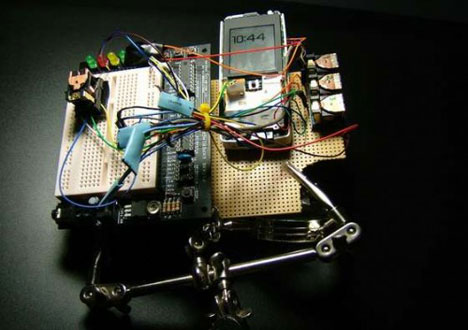 Damn, this is one impressive project. This dude put together an incredible mod which allows you to control a camera phone through SMS messages. Pretty much making your cellphone a remote control for the hacked camera phone. When a message is sent to the hacked device, a set of relays activate the phones interface, navigating to the camera application.

After the photo is taken, the camera phone sends the image back to the device you sent the text message from. It all sounds a tad bit confusing and the hacked device itself is ugly as sin (although beautiful in a DIY sort of way), though a great video tutorial on the source explains the concept more thoroughly. — Andrew Dobrow