Preventing The Unintentional Sending Of Corporate Emails To Third Parties 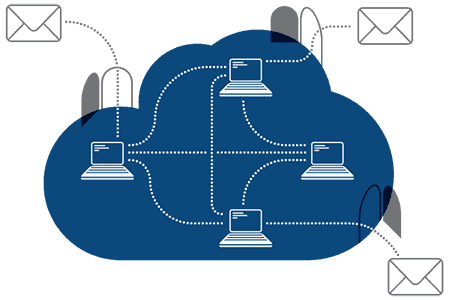 Ah, the joys of using technology. There are so many different ways in which it makes our lives better. The problem is that sometimes the same tech that makes our day easier can also make it too easy. It will lull you into a false sense of confidence, and it will make the most embarrassing things ever happen to you. For example, you could be typing out a post on Facebook that you only want shared with specific people. Without changing your privacy settings before hitting enter, you might end up making it public. Oftentimes there is absolutely no effect or consequence of getting this type of error. Every now and then, though, it could result in an absolute disaster.

Humans Make Mistakes All the Time

For the most part, the mistakes that we make are owed to the carelessness we have when we approach technology. This is why companies like SafeSend exist, to make our emails more secure and give them less chance of leaking. When you are part of a corporation, it is very important that you protect the secrets of the company that you are working with. Sending the wrong email to the wrong person could result in a major breach of security. This is the last thing that anyone wants. Most of the time, the mistakes that we make aren’t intentional at all. However, as humans we DO tend to mess up every now and then. Now, sending a text message to the wrong person can be a pretty laughable matter. Sharing trade secrets of one company with a friend in the other, even if you don’t mean to? That’s a whole different story.

Text messages are the easiest way to end up breaching the cyber security of the company. There are plenty of apps out there that can be installed to prevent this from happening. One of the most popular types are apps that can cause your messages to be sent out on a timed basis. If the sender realizes that they have sent a message to the wrong person, they will have plenty of time to go into their outbox and delete the message in order to prevent it being sent to the wrong recipient.

Email, on the other hand, is a far trickier business. It is much harder to reverse the sending of an email than a text. Apps and services such as SafeSend exist to prevent this sort of thing from happening, especially in the corporate world. There is an extreme level of security implemented in these services that prevents anything bad from happening, by a number of methods. For one, emails sent from a company account can be set to be filtered through the application. If the recipient’s email address doesn’t have the company domain on it, the email is simply not sent. This is a simple, yet very effective way to prevent the accidental sending of corporate email to the wrong entity, and it is one that is becoming increasingly trendy in the digital world.

You can check their website for more information : http://www.safesendsoftware.com/.