Playing Pong with the Stuff of Life 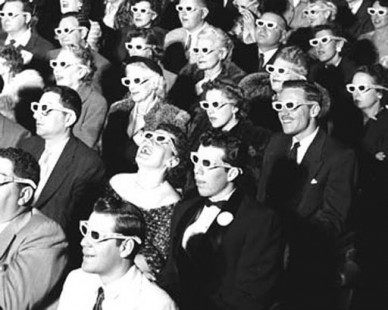 In the last decade, researchers have discovered how to use light to trigger neurons in tiny, intact organisms to reveal the behavioral function of specific neurons. Called optogenetics, this line of inquiry offers a real-time alternative to genetic manipulation. The technique, while (literally) illuminating, has involved such precise and delicate procedures as the placement of light-emitting circuits in the brains of lab animals. Now, a team at Georgia Tech has devised an inexpensive, non-invasive way to use components from an off-the-shelf LCD projector to stimulate engineered neurons in intact, live specimens of Caenorhabditis elegans, a nematode frequently used in experimental neuroscience. Photosensitive proteins are genetically engineered and attached to the worms’ neurons; by aiming precisely-calibrated beams of the projector’s light at different parts of the worm’s body, the researchers could observe the stimulation of specific neurons. They found that they could direct the worms to move forward and backward or even compel them to coil in a triangular pattern through the stimulation of specific combinations of neurons, shedding light (so to speak) on the underlying circuitry.

New Scientist, meanwhile, reports on a Stanford group experimenting with crude but no less effective techniques for making simple organisms into their minions—and playthings. By deploying precise amounts of chemical and electrical stimulants, these researchers can manipulate specimens of Paramecia with such precision that they can turn them into unwitting pawns in slightly twisted, petri-dish versions of Pac-Man and Pong:

The Stanford researchers argue that the techniques have pedagogical value—presumably, they could teach students how enjoyable it can be to exercise control over mindless creatures. The incoming decade offers a fresh spectrum of cyborg interventions: LCD neurostimulation and electrochemically-controlled protozoa-bots.

Should You Use A Cable Material For The Stair Handrail?