Online Gaming Trends to Watch in 2015 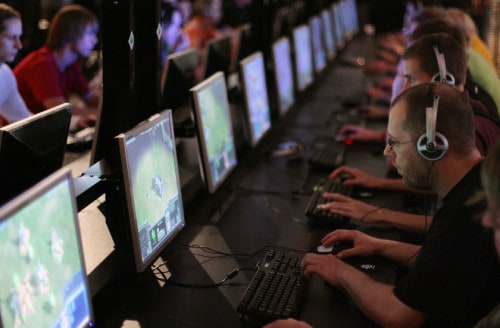 As we approach the end of 2014, it’s time to turn our attentions to the future. In the digital sector we’re always thinking about ‘the next big thing’ and the kind of technologies that are going to evolve throughout the next twelve months, taking the world by storm. We’ve seen it happen with the smartphone, the tablet computer and – increasingly – wearable technology with the Apple Watch expected to sell millions in 2015.

In terms of the online gaming industry, however, things are slightly different. Rather than seeing amazing new games and formats developing, we’re seeing a rise in popularity in terms of the more traditional games and those that we’ve been playing for years that get updated on a regular basis. Sites like twobigladies.co.uk – an online bingo comparison website – has numerous sites all offering different kinds of games and prizes for players, and the online bingo world has exploded in the past twelve months with tons of great sites and games so there are plenty to choose from; while streaming sites like Steam are producing new and updated titles on a regular basis which all receive rave reviews.

These have been popular, particularly online, for many years now with players able to use the games as their way of, as they often put it, “escaping from reality for a while.” These, for those who don’t know, are the kind of games that allow you to take on a specific role in the game – such as a football manager or the leader of an army themed mission and it’s up to you to guide your team to success. They can be single-player games or multiplayer, with the rest of your team made up of people from around the world making for a highly social experience and a different kind of game every time you play with everyone having varying levels of experience.

The mobile app stores have been filled with some amazing games that are available to download for free, although for some it’s only up to a certain point. They give gamers of all abilities and without necessarily the disposable income the chance to play scaled-down, and even full-length versions of their games and then they can update them to the full version if they enjoy playing it. This has increased exposure for the developers and also for the game, with many becoming household names in the industry after starting out on the free market, and it’s predicted that the likes of the PlayStation 4 and XBox One will offer an increased number of free-to-play games in 2015.

Of course, you just can’t see beyond mobile gaming at the moment. The more and more devices that appear on the market, and the better people become at developing games for them, the more opportunities there will be to play games on mobile devices. The likes of Angry Birds have already become a global phenomenon on mobile devices, even launching its own range of merchandise off the back of the game’s success; yet it has resisted going onto console to keep its place in the mobile market. It’s been a few years since Angry Birds was released, and nothing has REALLY taken its crown – Flappy Birds had a go briefly until it was pulled from the market of course. It could be interesting to see if 2015 is the year for the next big mobile game, but its a fact that the best-selling game of the year COULD come from the App Store, rather than a console game shop.