Online Gaming: How New Consumer Demands have changed the Industry 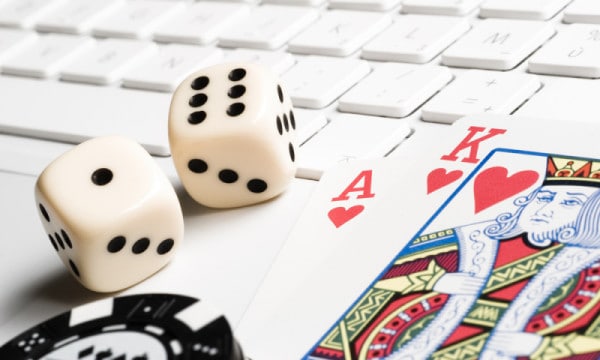 All successful industries respond to consumer demand in order to grow. Whether it’s a supermarket firm stocking the latest food and drink fads to the TV industry offering innovative new programs that reflect today’s hyper-real world, it’s something that any sector has to do in order to survive. The games industry is a great example of this: by responding to changes in everything from screen sizes to leisure patterns, it’s adapting all the time.

Changes in technology are perhaps some of the biggest drivers of consumer change – and that’s certainly true in the world of gaming. Thanks to the prevalence of new technologies and the ease with which people can access them, consumers are now empowered to demand that the industry keeps up to date with the standard of consumer luxuries they want. A world of consumers who are used to larger and better television screens, for example, means that there’s now a whole new demand for games to be designed in sizes that make the most of the array of pixels on offer.

With the rise of virtual reality (VR) well and truly underway, it’s clear that the insatiable demand for better technology is only going to increase in the coming years. VR headsets can enhance games by adding an extra layer of involvement and by creating a much more intense gaming environment – and with prices starting to go down as the technology becomes more popular, game designers will have to act fast in order to ensure that their new games are VR-friendly.

The range of choice in the gaming world used to be pretty limited. In the first instance, it was limited mainly by the amount of space available: games arcades, for example, could only stock a small number of machines, and this meant that there was fierce competition among game makers. However, it was also limited by consumer demand: before the days of other mass market choice, such as hypermarkets and satellite television, people were, on the whole, happy with the smaller range of choices that they had.

However, this has all changed. The modern gaming industry relies on the provision of variety and choice: by offering a huge range of video games for consumers to choose from, the sector can cater to a wider range of needs.

Another major way in which the gaming world is changing is the consequence of new leisure patterns. In the past, gaming was the sort of activity that almost everyone would have performed outside of the house in a gaming arcade or similar institution – not just because they wanted to make it into a social activity and a time that they could spend together, but also because they had no other option.

Now, the rise of indoor leisure has changed all of that. It’s no longer the case that gamers simply have to head out of the house in order to enjoy themselves: now, everyone can play indoors whenever they like thanks to home consoles. This is seen most clearly in the way in which the demand trend has shifted firmly in the direction of staying in for entertainment rather than heading out: whether it’s the new predisposition towards playing football on Wii Fit in the living room rather than on the field or simply playing video games alone in a bedroom or games room rather than at an arcade, the pace of change is becoming increasingly speedy.

As anyone who’s been gaming since the 1970s will tell you, there’s nothing new about its appeal. From the shared bond that it can create between gamers to the way in which it promotes skills such as strategy, there’s a lot to be said for being a gamer. However, what has changed in recent years is the way that gamers can shape the environments in which they play: whether it’s by using their purchasing power to reward the game design companies who create the games with the most compatible kit, or it’s simply by taking advantage of the vast array of choice that’s now available, game players clearly now have more consumer power than ever at their fingertips.