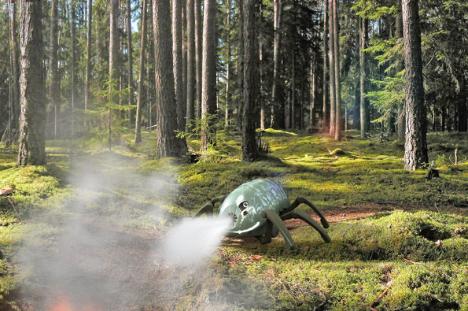 Researchers over at the University of Madgeburg-Stendal in Germany are working on OLE, a new autonomous robot that could one day help out putting out fires. This fire-fighting beetle will be programmed to run through the forest at 20 to 30 km per hour, looking for potential forest fires in the works and extinguishing them with an impulse appliance.

OLE would put to use biosensors and infrared to detect fires in their early stages, potentially saving lives, and more importantly, saving trees. OLE is designed after the pill bug, an insect from the centipede family which can roll up in a ball. Just like the bug, OLE can retract its legs leaving only its fire-resistant shell if it senses danger. — Andrew Dobrow