Now You Can Read While You Are Running Without Puking!

If you are like a lot of people then the very idea of reading while running on a treadmill makes you dizzy and a little nauseous. Well, now you can run without puking with this clip on motion sensor! 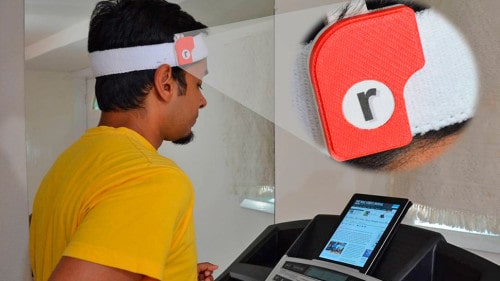 This new motion detecting technology isn’t new, but it is newly refined to make reading while running much more seamless. The clip on motion detector is much smoother to use than previous attempts at the technology that utilized glasses etc. The technology works by utilizing a sensor that tracks the runners movements and using Bluetooth to an Android or the iOS reading app it moves the text being read to synchronize with the runners movements.

Currently the Read-N-Runner is a Dragon crowd funded project and for those who invest in the project early they can receive their gadget for around $40 rather than the retail price of around $100.