If you prefer to manage your gaming on the go with a handheld gaming system then Nintendo has some news that will make your day. 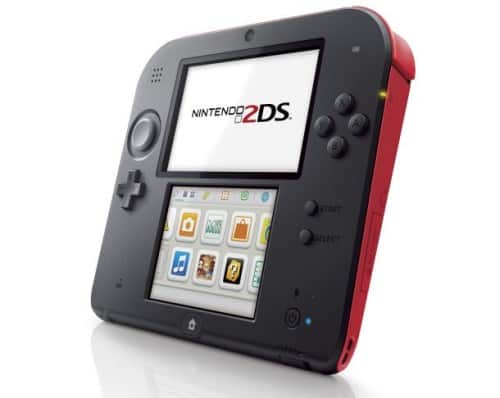 According to a recent release, Nintendo will be launching their next handheld gaming system, the 2DS, on October 12. The new system resembles other DS models in many ways; however, one physical feature is missing – the horizontal seam. Two 2DS will not feature the hinged center which allows you to fold the system away and keep the screens protected that way.

The 2DS, which will retail for $129 upon its October 12 release date is set to be released in red and blue versions and will feature the dual screens, two rear cameras, one speaker, a headphone jack and a 4GB SD card slot. Sure it’s nothing earth shattering in terms of features but the new 2DS will make gaming more affordable for some handheld gaming fans.