When it comes to mixing drinks, Monsieur, the raspberry pi powered bartender mixing bot is just what a number of people have been looking for! The Kickstarter funded project was so popular that it quickly reached its $135,000 Kickstarter goal. 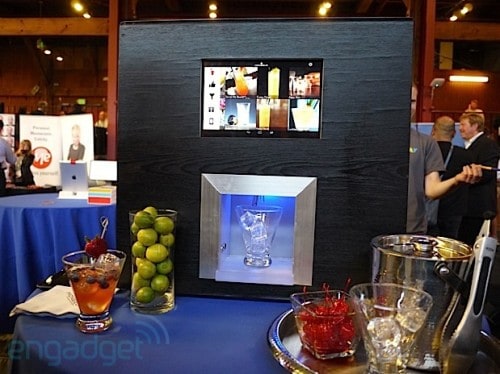 The Monsieur is the brainchild of Georgia Tech mates Barry Givens and Eric Williams who simply got tired of waiting for drinks at bars and decided to build a robot bartender to mix their drinks for them. The small bartender is housed in a black box and measures just the right amount of each liquor to create perfect mixed drinks, functioning much like the newer soda dispensing machines on the market today.

The Monsieur is available in 8 and 12 bottle varieties and has a built in recipe library. Currently the robot bartender is being marketed in higher end establishments and at sporting evens but with a little work it’s possible that this could become a regular feature in most bars.