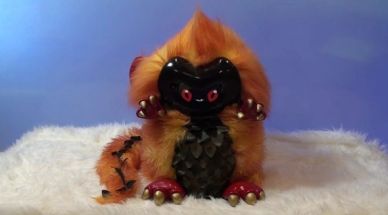 Researchers at MIT, Harvard and Northeastern University have created an incredible new robot prototype that actually simulates a pretty high level of intelligence. The robot uses an Android phone for its “brain”, which is connected to a virtual cloud. By using this cloud-based brain, the Dragonbot has the ability to learn new information from other robots.

In addition to this, Dragonbot has extremely well-developed skills at recognizing language and responding to visual cues.

Of course, Dragonbot is still in early prototype stages, and probably won’t be available to consumers for quite some time. However, with this level of design, it’ll probably be fairly expensive when it’s finally released to the public.