Magic: The Gathering Coming To A Console Near You 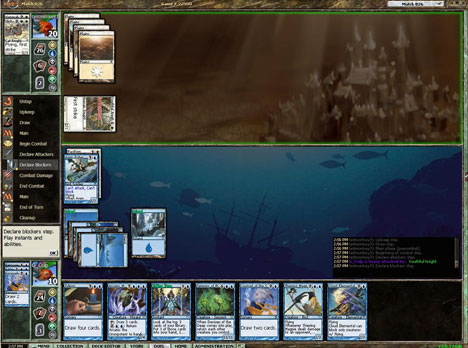 Hours and hours of my pre-teen years were spent huddled in circles, dishing on mana cards from my black deck, owning all of those damn counter-spell blue decks people were using for awhile. Gradually, my relationship with Magic: The Gathering grew further and further apart.

Wizards Of The Coast has licensed Magic to be made into a video game for PCs, X-Box Live (both from Stainless Games) and Mac (from Mind Control Software). We’ve played the original Magic card game and the original computer game as well. We can only hope the new game is better than the original. — Andrew Dobrow