Just How Lucrative is the App Market? 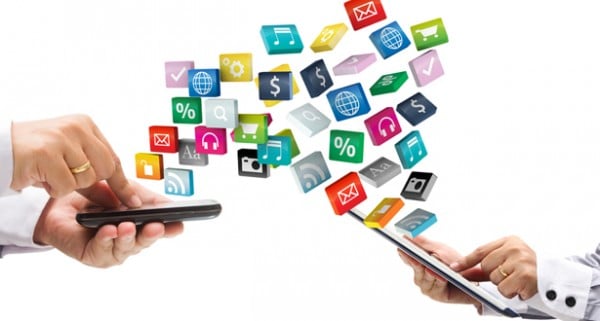 Virtually everything can be accomplished online nowadays, especially through the utilization of the most up-to-date and informative apps on the market.

However, the app market isn’t as straightforward as you may think. Like any business venture there are many things that you must weigh up before jumping head first into a thriving and ultra-competitive marketplace. Below we have tried to come up with some variables that must be considered in depth before plans are initiated to enter the ever-evolving apps market.

Which platforms can developers potentially get the most returns from?

Recent data published by The Motley Fool suggests that “Google has the lion’s share of downloads, but Apple laughs all the way to the bank.”

In short, for fledgling developers, most business ventures hinge on raking in as much money as possible hence why many end up developing apps predominantly for the App Store.

Is the industry actually a realistic profitable endeavor?

The deluge of free apps means that unless you have an extremely innovative idea, then your creation could get lost in a sea of mediocrity.

There are however other means of creating revenues if you feel that your app has to be marketed as a “free app”.

“Ad spending on apps of all kinds – both mobile and desktop — is growing,” John Manoogian from TechCrunch documented in 2012. He went on to say “Mobile advertising revenue increased nearly 1.5X in 2011, to top out at $1.6 billion for the year.” The shows that there are other ways to create revenues for an app that wouldn’t survive amidst paid apps.

Which country yields the most money from app downloads?

Currently Asia accounts for a total of 41% of the global app revenue. This data was collected and reported by Dutch-owned analytics specialists Distimo via their study “Asia: The Leading App Market in the World”. Their analysis shows that for any app to become successful, it’s imperative to “break” the Asian market. Said market saw a growth of 162% in 2013. The rebranding of certain apps for the Asian market is usually at the forefront of many developers’ minds in order for their product to appeal to a varying market.

What niche should you explore? What are the most popular apps, currently?

Cartoon-creation apps and dating apps are currently riding high on iOS according to the Guardian. Health and fitness apps are also seeing an increase of both downloaded apps and the amount of health conscious apps available to the consumer.

The upswing in social gaming has also seen an increase in playing platforms. Gaming developer Gaming Realms, famous for the online slots portal Castle Jackpot recently released stats documenting how social gaming, a niche that the company specializes in, is currently worth US$1.7 billion and is expecting to grow doubly by 2015. The ability for the user to share their gaming accomplishments or pleasures seems to be a lucrative market to get into and one in which many developers are now taking advantage of.

It’s clear from the above variables that in order for a developer to create an app that will succeed, it must be versatile and have the ability to adapt to varying markets in order to appeal to a wider audience no matter what niche it caters for. A good app, is one that can continually evolve with its changing surroundings, and this is something all developers should consider before investing heavily in a potential product.