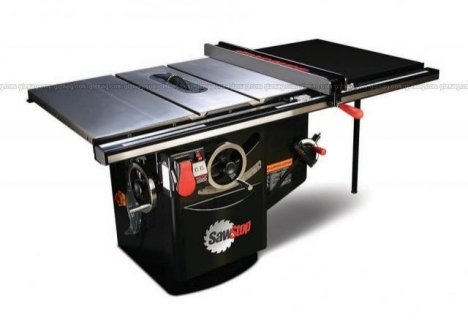 Construction is one of the most dangerous jobs in the world. Mostly because the power tools and other equipment they use is so damn dangerous. A small company called SawStop has invented a table saw that only cuts wood, leaving limbs untouched.

The table saw works by sensing electrical currents. When the blade touches something that conducts a current, such as a human finger, the current in the saw drops, stopping the machine in an instant. The momentum of the current causes the blade to drop below the table, literally giving you magic fingers. The whole process takes around three milliseconds. — Andrew Dobrow