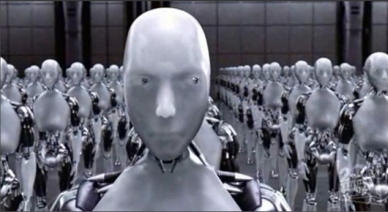 How much do you love your Android, iPhone or iPad? Well, chances are that your favorite gadget was made in China, by a Taiwanese company named FoxConn.

Well, FoxConn’s production is about to get a lot more… uhh… productive. Over the next three years, FoxConn will be replacing about 1 million of its workers with robots. The company currently employs about 1.2 million humans, as well as 10,000 robots. This personnel change was announced by CEO Terry Gou at a company dance party.

I’d love to see the employee reactions to that announcement. “Yeah, so in three years, a million of you won’t have a job.”

So, does this mean that the robot apocalypse is upon us? Probably not, but it’ll still be interesting to see if any other companies have plans for replacing human workers with robots.