iPhone not doing so hot in testing, 40 minutes = dead battery 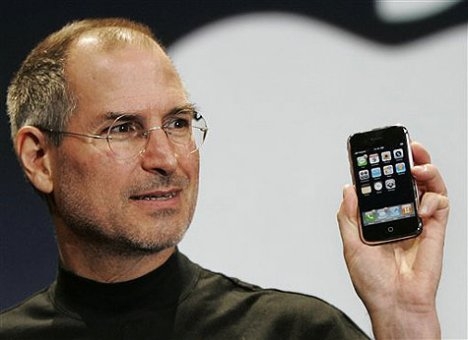 With the outrageous hype over the iPhone when it was first announced at Macworld, there was bound to be some negative feedback ricocheted after testing went under way. A source over at Cingular who was assigned to test out the iPhone before the product was cleared for the floor is rumored to have opened his mouth to a few choice people about the dark side of the iPhone. The results of these tests were not too good. In fact, they sucked.

“He says the amateur mistake that they made is not having a removable battery,” Dvorak said. “You run 20 minutes and you’re using up half the battery power. You get 40 minutes total talk time. And the interface fouls up constantly.”

Should Apple pull the plug on the iPhone until they get the damn thing right? We think that might be a good idea. iPhone or not, if the phone is shit, it won’t help having an Apple-ish name. — Andrew Dobrow