Not many sound systems remind me of the first time I heard the Bosch Cube speakers. The closest I’ve come to is the iLoud Micro, which claims to be the smallest active studio reference monitor system in the world. Indeed, at an adorably portable 180 x 135 x 90mm size, with linear frequency response and zero coloration, these monitors are too intriguing to ignore.

I did my own test to check out how iLoud’s “high-end audio” at very affordable prices sounded like. I used the system to record my guitar, play music from the computer and test several recordings. The reference studio speaker set is indeed made for musicians and artists. I had to hear for myself what budget-minded artists such as myself can get for about $300. Read ahead for what I found.

(Note: Studio reference monitors are speakers that give extremely accurate linear frequency responses and bass playback mostly sought by musicians and sound engineers. These speakers are intended for industry professionals, so if you are just a regular consumer looking for a regular pair of speakers, you might want to consider something else.)

The iLoud Micro Monitor comes in an industry-grade bi-amplified design. The design is important for maintaining the accuracy of the linear frequency response. The speakers are powered by four class D ultra-efficient power amps. The four amps in combination can deliver 50 W RMS of power, according to the manufacturer. Bass response is provided with three-quarter inch tweeters and two 3-inch woofers.

The features offered are managed by a 56-bit DSP processor installed on board. The processor gives users the ability to control how to monitor performances. Users can get significantly accurate and detailed readings when mixing sound, for example, with this processor.

As for functionality, the monitor supports different playback situations. It has angles and inclinations that can be adjusted, as well as 3 dedicated EQ switches (for bass, treble and “desktop”) to make playback optimal for the surroundings and preferences. Other features include, Bluetooth supported streaming, RCA and one-eighth inch inputs.

I placed the speakers on my computer desk close to the monitor. They were always situated about an arm’s length from me. I did put some space between myself and the iLoud monitors when streaming music to check how distance might affect the sound.

The speakers weight slightly less than 2kg, so setup is pain free. As someone who has had to put up with bulky studio monitors for life, I have to say this was a refreshing break.

I thought this small design was intended to make the monitors more portable. But now I think this is sound engineering ingenuity to garner the best audio. Large monitors make a booming noise in proximity. iLoud has actually fixed this with a calibration switch. It works depending on how close the surroundings are, resulting in less muddy and distorted audio.

Also, the tweeter and the woofer in each monitor is placed closer together. The audio meshes together in a sweet convergence spot. This makes recording guitar notes more precise. I suspect the same would be true for other instruments like pianos.

The biggest perk I discovered with iLoud is that the audio response from the speakers can be heard as a singular noise. Traditional monitors pair audio drivers to even out the playback of low and high frequency sound. While these conventional speakers can generate precise audio, they are unable to generate a singular sound without volume distortion. iLoud has innovatively crossed the two audio drivers via a digital signal processor. Thanks to this engineering trick, the two monitors can act as one when giving out audio.

The distortion created by power amps in the iLoud monitors was surprisingly minimal as well. The amplifiers on these speakers can always function in between fifty to sixty percent of the maximum power capacity. Bi-amp design in this manner helps the monitors avoid distortions that plague even some of the most expensive studio-grade speakers out there.

Simply put, the audio I got was even and clear. Distortions, audio excess and other issues were almost nonexistent. Not bad for a tiny pair of speakers. 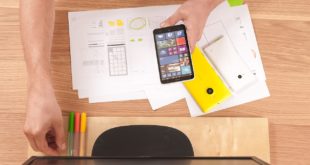