Huawei p9 Review – All You Need to Know!

Huawei is the second largest Chinese dealer of smartphones in India after Xiaomi. Huawei has always been known to develop budget suiting products. Its devices provide a decent bang for bucks. There are a variety of smartphones manufactured by the company and each set consists of high range configurations and features compared to the other Smartphone manufacturers at the same price. The honor series of smartphones are a perfect example. Starting with a fingerprint scanner and many more advanced features, the latest models of honor series cut your costs and also makes you experience the all new smart settings. However, P9 is the first phone from Huawei that has been built without a cost effective mind and feels extremely premium. 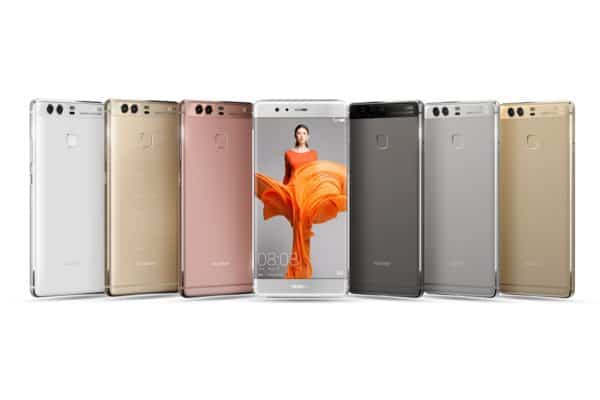 The addition of a dual lens camera, rear facing, made in collaboration with German Optics Company Leica sets the phone apart. It’s 5.2 inches in length diagonally and has a display of 1080p. Having a lengthy display doesn’t mean that it can’t hold firmly, but the fact is it is even slimmer than the iPhone 6s. The p9’s fingerprint scanner is on the back just under the camera housing and its sensitivity is high enough to the job with just a feather touch. However, the sad part is you need to lift the phone up to unlock it everything if you are choosing a fingerprint lock.

The 12 megapixels dual lens Leica camera has been intelligently installed to give a wider focal range with deeper perception. The camera allows you to shoot in both automatic and manual modes which make it effective for photography. With wide aperture mode, you can capture any object which closer than two meters with the background having a blurred tinge. However, this camera should not be compared to a DSLR because larger prints at a low light cannot be taken through it with the optimum quality. Make sure that p9 is just a Smartphone and hence it’s competing with the other smartphones and not the DSLRs.

Cut it Short with Shortcuts!

Beside of having the best camera, this phone lacks to provide the UI that the people demand. It contains android 6.0 skin which is of lesser help and not user-friendly. The phone’s application manager constantly urges users to force close the apps which are using more memory. The notification bar also doesn’t contain a torch shortcut so every time you have to go to the camera and click on the flash in the video mode or download an extra app for torch purposes.

The ram incorporated is 3GB and the processor is an octa-core processor which allows the phone to handle larger apps very easily. But the phone has terrible heating problems which are quite a downgrade in their terms. The battery provided is 3000 mAh which lasts according to the phone’s usage. The phone contains an inbuilt memory of 32/ 64 GB along with a memory card slot and a nano SIM card slot. The most advantageous feature is that the phone allows you to use the memory card capacity as the prime memory. Installation of apps can be done on the memory card itself without filling up the phone memory.

It has been 4 months the phone has been launched but still the owners are having repeated software bugs and heating issues. Battery life is even worse which is quite frustrating at times. However, if you are a photo fanatic, you can definitely go for this phone with self-sympathies of failing to use bulky apps and play high graphics games. The sound quality being great, there it consists of a 3.5mm audio port for plugging headsets.