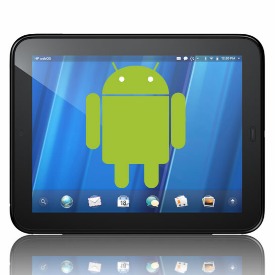 If you’re one of the many people that snagged one of HP’s Touchpad Tablet PC’s over the weekend for $99 (or $149), you probably heard about the project to port Android to the Touchpad. The project was being organized by a private group, let by Thomas Sohmers. However, the project has just suffered a serious setback.

Apparently, one of the key members of the group “misrepresented” himself, and stole a large portion of the donations that were meant to fund the project. As a result, the group has now split.

Before leaving, the rogue member deleted the TouchDroid Twitter account, and used donation money to start flipping HP Touchpads at a higher price.

According to the project leader, the project will be restarted, though he’s given up on the idea of a “team”. When asked how long the project would now take, he didn’t have an answer.