Chief executive officers are considered the holy grail of business. They are highly regarded among staff at their companies, but there also tends to be a stigma surrounding the role that they play. For starters, many team members believe their CEOs are unapproachable, and distinct from the rest of the organization. Many others don’t even fully understand the role that the CEO plays, or what they do on a day-to-day basis.

However, modern CEOs understand the importance of company culture and how their roles in operations can have a major impact on their teams. They’re utilizing intranet best practices to maintain transparency about company goals and updates, eliminating office doors in favor of open spaces, and working on the ground floor to truly understand what their team is experiencing. Here’s how these CEOs get involved, and what you can learn from them:

Jeff Bezos is a great example of a CEO that likes to be hands-on. As the founder of Amazon, customer service is an important part of the mission statement, which states, “Our vision is to be earth’s most customer-centric company; to build a place where people can come to find and discover anything they might want to buy online.” Many companies put their mission statement on their website but do little to actively embrace it. Bezos takes his involvement up a notch by getting directly involved with the customer service methods.

First and foremost, Bezos reads many customer complaints, and his company email is readily available to the public. Any average Amazon customer can send a message directly to Bezos, and while he doesn’t answer the majority of them on his own, he reads them and sends them to the appropriate person responsible for handling it.

From here, a manager will investigate the issue, determine how it happened, and come up with a resolution and idea for preventing it in the future. For Bezos, this is a way to remain close to customers in an era when CEOs are often far removed from day to day operations—especially in the customer service department.

Bezos also believes anyone should know how to navigate a call center. Because of this, he has annual call center training sessions, where all employees take customer service requests, and he also participates in the program. By doing so, every Amazon executive is able to gain a better understanding of the issues Amazon customers are experiencing and how solutions can be met.

Kara Goldin is the founder of Hint Water, which grew from a company of 60 people to a company of 125 people in just six months. For Hint, maintaining core company culture even during times of explosive growth is key. And one way she does this is by empowering managers, who she considers the “keepers of culture” that lead by example.

One of the ways she builds culture is by encouraging team members to meet with one another rather than staying confined to their departments. For example, she encourages new team members to be inquisitive and ask other department staff about what their role is.

Diversity is also a key component of maintaining strong culture, and it starts with the hiring process. “Making the right hires is key to maintaining culture, and is also one of the biggest challenges when a company is growing so quickly,” said Goldin. “While bringing people on who embody your brand values and feel genuine passion for your mission is important, you also don’t want to keep hiring the same people with the same backgrounds.

Infor is a B2B company that specializes in enterprise software. For CEO Charles Phillips, keeping clients happy is about much more than delivering a stellar software product. In fact, Phillips is credited as running the world’s largest startup, thanks to entrepreneurial approach to company culture and service. When he joined the team in 2010, he made intrapreneurship a core part of his growth strategy.

Intrapreneurship is the process of behaving like an entrepreneur within a large organization. After all, Infor has more than 70,000 customers across 150 countries. And one of the first decisions he made was to focus on market needs and improving the product, rather than getting additional sales—as a result, he brought on 6,000 more employees, many of them engineers. On the customer support end, he sent out more than 250,000 emails to clients listing direct email addresses to top executives, including himself. 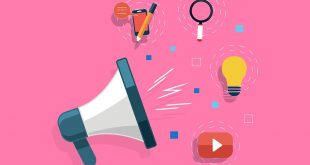 Marketing Trends for 2021 you need to know about 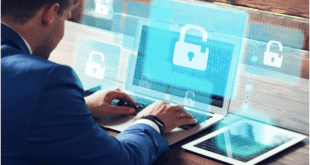 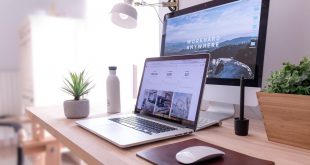 Why You Need a Professional Website for Your Business in 2020