Radio-controlled cars are fun and have exceptional abilities. There are sightings of RC cars in parks or even RC planes and boats. Learning about these incredible toys, which come in various shapes and sizes, is fascinating. RC cars are typically made of plastic or metal and can be electric or gas-powered. Even though the mechanism of different vehicles differs, the RC car parts are the same for almost all the models.

There are four significant parts to an RC car:

An RC car is powered by the workings of rechargeable batteries or regular batteries. After switching the device, the receiver gets the signal from the transmitter to turn on the motors. According to the signal, the motor causes the wheels or the car’s steering to turn.

The transmitter and the radio control are the main RC car parts in charge of the entire functioning. A deeper insight into each component will explain an RC car’s functioning.

An RC car operates at 27MHz or 49MHz, and a label designates the frequency range. A full-range controller has multiple options. A controller with a single function can only make the car go forward and backward according to the trigger. Advanced RC cars also use two joysticks for precision and balance.

The radio control has the trigger that makes an RC car move. After one presses the trigger, it completes a circuit joined to the Integrated Circuit. A fixed rhythm of electrical pulses causes a short cluster of synchronized pulses after the circuit completion. The synchronized pulses are followed by a pulse sequence that notifies the receiver about the information. The receiver receives the pulses at 700-microsecond breaks.

The burst of the waves from the transmitter oscillates with a repetition of several million cycles per second. After receiving the signal, trash signals are blocked. The proper signals are converted to an electric pulse directed to the Integrated Circuit. The pulsing rhythm moves the motor and gives the car enough torque.

The working of an RC Car is simple. One can quickly assemble their own with RC car parts and a kit. Overall, it is a fun device for everyone out there. 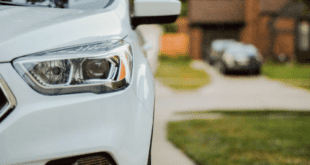 What are the Different Types of Car Insurance? 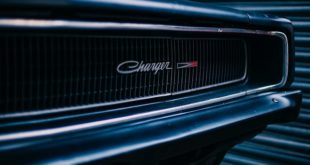 How Much Does It Cost to Insure a Dodge Charger?