How an online poker site forced banks to rethink cryptocurrency

If you went up to the average man on the street just a few years ago and asked for the definition of cryptocurrency, you probably would get a blank stare or a couple of nonsensical sentences.

Now that same average person is likely to read about crypto every day, just like checking the local weather or reading a game recap of their favorite sports team.

The words Bitcoin, Ethereum, Dogecoin and others are now part of the lexicon, and not just for investors looking to get rich with big speculative gains.

Of course, we’re still just in the infancy stages of cryptocurrency adoption and all the ways it will be used by mainstream society. No one knows for sure exactly what the crypto landscape will look like in 10, 25 or 50 years, although it would probably blow our minds.

But there’s one online business, US-facing poker site Americas Cardroom, that took the reigns back in 2015 and completely integrated Bitcoin into its core business. The results have been dramatic for both their bottom line and for their customers, and it likely even forced banks to rethink cryptocurrency in general.

Americas Cardroom had been in business long before their decision to accept Bitcoin, first dealing cards to poker players from all over the world in 2001.

So what was the impetus for the change? It came on the heels of traditional payment processing methods like credit cards becoming more and more problematic, making it an easy decision to begin accepting Bitcoin for both deposits and withdrawals. This immediately made Americas Cardroom an attractive destination to a new subset of players.

And poker players at Americas Cardroom also started benefitting as well. They of course were attracted to the lower transaction fees, but also loved how anonymous, quick and easy Bitcoin was for both deposits and withdrawals. And it didn’t come at a cost in terms of providing the safety and security they required.

With the initial acceptance of Bitcoin going way better than they ever imagined, Americas Cardroom management decided to go “all-in” on crypto (poker pun intended). In 2017, they began to accept 60 different cryptocurrencies. That was an incredibly aggressive number and it’s still about the same as today, although the product mix is different as some have dropped out and others added.

The three most popular cryptos on the site right now are Bitcoin, Ethereum and Ripple. That’s completely the choice of their players as Americas Cardroom doesn’t really care one way or the other. As they see it, their job is to offer as many good crypto options as possible, and then let the market (i.e. their players) decide what works best for them.

Want to know the mechanic of how it works? Say a player deposits in Ethereum. Americas Cardroom quotes the player a price of conversion in USD. Then the player plays at the site in USD and cashes out their winnings back out in Ethereum.

Of course, what most people want to know, is how has the acceptance of cryptocurrency affected their bottom line in the years that followed? While they, unsurprising, won’t say exactly what the impact has been in terms of dollars, what they will say is crypto now accounts for over 60% of their business and that figure keeps increasing. That’s up from the measly 3% back in 2015.

The big increase in their number of players, with crypto playing a huge part, did bring some challenges from an operational and marketing standpoint. Namely, they needed to make sure they had the product offerings to keep the players around long-term. That’s where the Venom comes in, the signature part of the biggest tourney selection available for U.S. players.

The Venom events began in 2019 with the inaugural one having a $5 Million guarantee. It ended up smashing that number with a $6,382,500 final prize pool. Arguably even more exciting was the fact that it set a new Guinness World Record for the largest cryptocurrency winning jackpot in an online poker tournament ($1,050,560).

Fast forward to now and you’ll see that the Venom will run four times in 2021, offering both the original No Limit Holdem version and the newer Progressive Knock Out. The largest Venom guarantee so far has been $8 Million and there was a final prize pool of almost $10 Million.

Looking into the future, we know Americas Cardroom will continue to be a crypto leader as they have the in-house knowledge in place and can fully see the financial and other benefits.

One item that we’re not sure will return is the extra incentive they used to award a player for making their first deposit with a crypto. It was twice the amount than if a player used a traditional deposit method like a credit card. That promotion ended and cryptocurrency has become so popular for poker players that there’s no reason right now to offer the extra incentive. 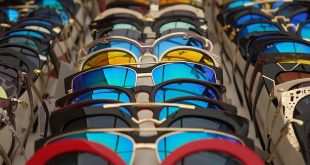 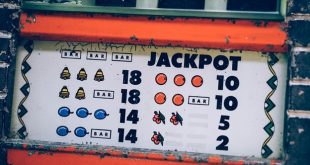