What Are Hot and Cold Numbers?

Hot and cold numbers are something of a misleading feature in roulette with high stakes games. As you might have guessed, hot numbers are those which have appeared regularly over the last however many spins of a roulette wheel. By contrast, cold numbers are those that haven’t landed for a good while. Some bettors believe that betting on cold numbers is ideal, as they will eventually come up. Similarly, some players bet on hot numbers, believing that they are lucky and, on a streak, now. However, roulette is a game of chance – hot and cold numbers mean absolutely nothing. Like a lottery game, any number has the same chance of popping up as its counterparts.

Do They Only Appear in Roulette?

No, and that’s a problem, too. Hot and cold numbers only tend to appear in lottery-based games and roulette, of course. However, even in slots and card games, the concept of hot and cold can exist outside of numbers. In some games, there may be some truth to something being hot or cold, but in games of chance, there is none.

Roulette Is a Game of Chance

You may be wondering if roulette is a game of chance, then? Perhaps we’ve just got it wrong? Unfortunately, that’s not the case. A winning number on roulette is down to nothing more than dumb luck. The ball is dropped into a spinning wheel, and one pocket must be the winner (save for the zero or zeroes). There are thirty-six of them, and that’s that. You can’t do anything to influence which pocket the ball lands in, so roulette is a game of pure chance and nothing else.

If you don’t believe us, consider this – even the best roulette strategies, such as those that allow you to cover the wheel, can only increase your chances marginally. They can’t guarantee a win – far from it. There is no way to predict roulette, so making use of hot and cold numbers isn’t reality.

Not the Only Useless Statistic

Hot and cold numbers aren’t the only useless statistics you can find in games like roulette, either. Histories or lists of previous numbers work in much the same way. They show you how you have bet, and some players are influenced into making future bets based on those statistics. As we’ve already pointed out, these are useless. They do literally nothing to help roulette players win, whatever form they take. 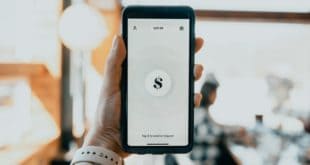