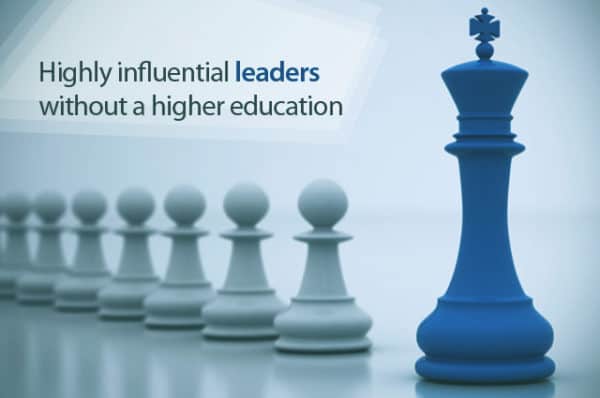 Many people aspire achieve greatness in life. A majority of those people think about all the effort and hard work which is involved to achieve those goals and become overwhelmed to achieve their aspirations. Then there are people who are not intimidated or daunted by the hard work but focus on achieving specific goals.

They are not concerned about other people’s judgements about them and the consequences when they are pursuing their goals. When these individuals finally achieve their goals they become dignitaries and the highly influential people of their time and times to come. These are the people who have defied all odds and achieved fame and distinction without a higher education.

Wilbur Wrightwas the third child of seven children of Milton Wright and Susan Catherine Koerner Wright. From a young age Wilbur was renowned as a great athlete and an excellent student. Wilbur passed all the requirements for a high school degree but he never collected his certificate from Richmond High School in Indiana because the family moved to Ohio. After moving to Dayton, Ohio in 1885 he attended college preparatory classes with aspirations of going to Yale. Instead of going to Yale he helped his mother recover from illnesses before she finally passed away in 1889. In 1905 Wilbur flew the “Flyer III” their newly designed aircraft for a period of 39 minutes for 24 miles in circles, at Huffman Prairie until it eventually ran out of gas.

Orville Wright was the sixth child counting the twins Otis and Ida Wrightwho were born in 1870 and passed away in infancy. Orville introduced Wilbur to the newspaper industry as an editor for two different newspapers. The newspaper industry declined. The two became partners in a bicycle repair shop and a bicycle production company. In 1899 Wilbur and Orville Wright became interested in field of aviation. Initially they started their aeronautically ambitious experiments on kites in 1899. They worked their way up to gliders and eventually created the “Flyer”. December 17, 1903in North Carolina at 10:35am Orville piloted the “Flyer” with a weight of approximately 600 pounds. The first flying contraption covered a distance of 850 feet in 59 seconds but it was difficult to control and precarious.

Benjamin Franklinwas born in Massachusetts. He was the 15th child out of 17 children with the same father. His father could only afford to educate him from the age of 8 to 10 at Boston Latin School. He is accredited as the inventor of the lightning rod, bifocals, “glass armonica”, carriage odometer and the Franklin stove. He had difficulty reading due to his eyesight. He invented the bifocals to so he would not have difficulty looking away while he was reading. In this way he could read for long hours. Since he was good at essay writing, he secretly wrote for the New England Courant under the pen name of “Silence Dogood” who was presumably a widow. Despite being uneducated he was one of the founders of University of Pennsylvania and received honorary degrees from various institutions.

Henry Fordwas the oldest son of William Ford who had five other children besides him. He had a limited education and was not very interested in continuing schooling. From a young age he was more interested in his mechanics abilities. He would disassemble pocket watches them and then put them back together and became well renowned for that. He was the one who made automobiles economically viable. He designed an assembly line where the worker did not have to move. The assembly line would facilitate the worker to work in the same place as the work rolled down the assembly line. In 1903 Henry Ford formed the Ford Motor Company. In the year 1908 the Model T was launched with the steering wheel on the left side of the car. The Model T became an instant success because it was easy to drive and very economical to repair. Henry Ford’s net worth was US $ 188.1 billionat the time of his death. 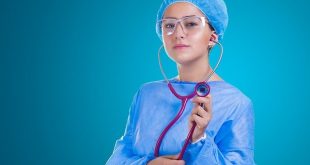 How to Become a Nurse Practitioner 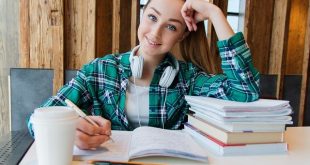 Why Do You Need to Do Homework

How Stress Affects Seniors And Tips To Avoid It