He Said, She Said, Apple Said 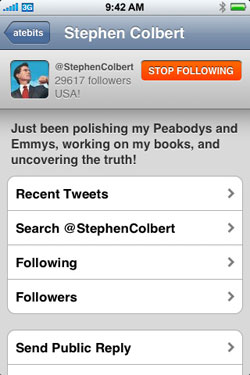 Developing for the iPhone can make you rich, but it can also come with unseen difficulties, including rejection from the App Store. This can be a bummer after investing time and money into developing your app, which is why developer Loren Brichter probably felt like shit when Apple rejected his Twitter app, Tweetie. Apple cited “foul language” as the reason for the rejection which caused Loren to raise hell since he has no control over what people do on Twitter.

So what’s a developer to do? Blog. That’s what. After raising hell for a day, Apple decided to reverse its decision and allowed Tweetie 1.3 back into the App Store. Score one for the indie developer, but Apple has been running into a lot of problems lately with its App Store. Perhaps it needs an overhaul to cater to the increasing number of developers or Twitter Shitters?