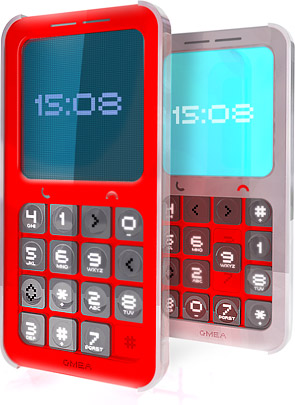 Concept phones aren’t a new phenomenon, but GMEA seems to be trying its best to make them one. The GMEA concept phone takes the idea of mobile phone gaming and turns it very literately into a “game phone” where the real fun beings with the phones keypad.

GMEA takes the classic sliding-puzzle game, which we must admit has worn pretty thin over the last few decades, and has revitalized both mobile design and a dying breed of mind games. Yes, very cool indeed.

The GMEA doesn’t add much more for design then the crazy keypad, and we can imagine owning a phone like this to be very annoying. Imagine everyday having another friend mess up the order of your keys as a practical joke. Eventually someone would have to die. The idea is a very good one though and should be given an ‘A’ for effort if not a award in conceptual design.

For a moving preview check out the link below. Let us know what you think. — Andrew Dobrow

GMEA: the first ever real game phone [via Tech Digest]