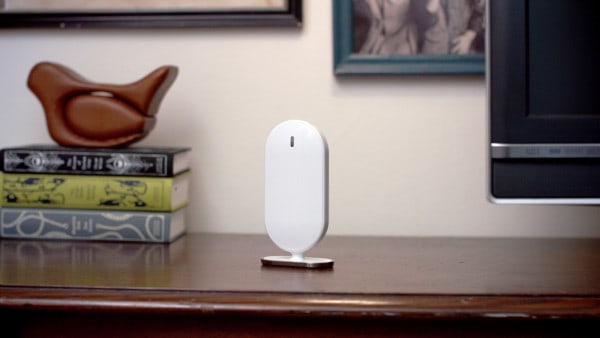 The most remarkable thing about GetSafe Home Security, a new Bay Area home security startup, may be what it doesn’t include: a control panel. And if you’ve ever had to race through your house to disarm a false alarm, that’s probably a good thing.

Instead of using an old-school control panel, GetSafe Home Security is controlled entirely from your smartphone, making it the first home security system to go truly, completely mobile.

“The world has changed, and just about everyone below age 30 has a smartphone,” says Alan Wu, marketing manager for GetSafe Home Security. “At a certain point, we recognized that the control panel had become a useless piece of hardware.”

But what if you don’t have a smartphone? According to Wu, GetSafe Home Security is targeted at Millennials, which means that the company isn’t especially concerned that requiring a smartphone will limit its market.  Rather than trying to be all things to all people, the company has built a security system for the younger, mobile-savvy generation.

GetSafe is especially focused on customers who rent homes or apartments.  The system is 100% wireless, with sensors that mount with peel-and-stick tape. Those features make the system landlord-friendly, since they don’t require permanent changes to the residence.

Smartphone power isn’t the only thing that makes GetSafe Home Security a “mobile” system. The system is also portable, allowing users a pack-and-go option if they move to a new residence.

“Take the sensors down, pack them up, and take them to your new home,” says Wu.  “Just be sure you update you address in our system, in case we need to send police to answer an alarm.”

In a typical year 32% of renters move to a new residence, so that portability is a nice feature.

It also works well with the company’s desire to win customers for life.  Wu sees customers purchasing the GetSafe Starter Kit when they rent their first apartment, adding more sensors when move to a condo, and upgrading the system again when they purchase their first home.

GetSafe Home Security’s Starter Kit retails for $249. Additional sensors can be added for $34 – $47, depending on the type of sensor.  The security system is available at https://GetSafe.com.