Gene Therapy Could Be the Answer for Parkinson’s Sufferers 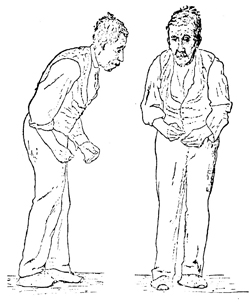 Parkinson’s disease, most often characterized by a loss of ability to control one’s movements, is a degenerative disorder that affects your central nervous system. While treatments for Parkinson’s disease has ranged from medications to specialized diets, there has been no universal treatment that has shown any effectiveness. However, the Feinstein Institute for Medical Research has taken a significant step forward in finding a treatment in the form of gene therapy.

A team led by Andrew Feigin conducted an experiment in 2007 in which they took two groups of Parkinson’s suffers and administered a series of drugs. One group of people were given placebos, which is common practice in clinical trials of this form. The other group was given a gene that codes for “GAD,” or “glutamic acid decarboxylase.”

Those who were given the drug showed a 23% improvement in their ability to control motor functions. According to Feigin, this is something of a big deal:

Not only is gene therapy a very novel treatment, but in this study it was safe and well-tolerated. That to me is a big deal that really opens up the field.

It will still take time to be able to gauge the long-term effects of this treatment, but if improvement is continued to be shown then this could be a huge breakthrough in helping those who suffer from this debilitating disorder.