And by the big leagues, we mean a bigger-than-life Guitar Hero-esque game being played on a massive megatron wall sized screen. The Kasabian football players kick the soccer ball at their colored square as the Arduino-controlled contact sensors are illuminated by falling colored blocks.

The resulting game is both severely awesome and ridonkulous. Check out the video after the jump. 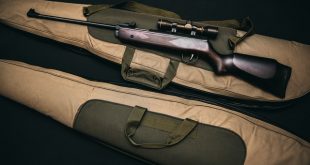 How to Clean your Gun?