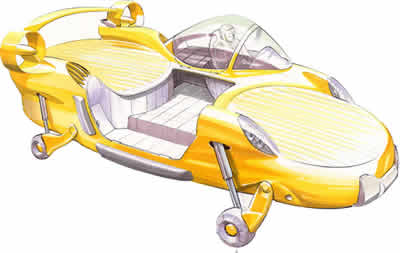 The Seattle Times writes a profile of Israeli conceptualist, Rafi Yoeli, the designer of a new concept called the X-Hawk. While the X-Hawk might not be the flying car we originally envisioned it’s a step in the right direction.

The X-Hawk is being designed as a urban rescue vehicle, designed in the wake of the Hurricane Katrina disaster in New Orleans. The X-Hawk is more like a low-flying helicopter then a flying car. Instead of exposed rotors, the vehicle will fly through a series of encased fans which will help the X-Hawk more maneuverable in urban areas.

The future of the X-Hawk is still unsure because of the testing needed before any sort of production is planned. Will it be able to handle that load of people plus have enough fuel to fly? The X-Hawk, originally derived from the idea of a flying sports car, will be able to fly at heights of 12,000 feet after a vertical take off and zoom at speeds of 155 miles per hour, but will also be capable of slow speeds at a hovering height of 3 feet above the ground for easier rescue.

So much is still uncertain about the project including pricing. Yoeli hopes to have a working model in 3-4 years and a marketing launch by 2010 with an estimated 200-300 sold per year. 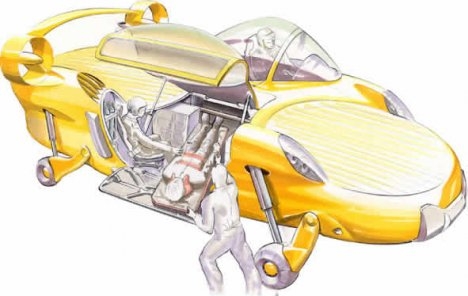 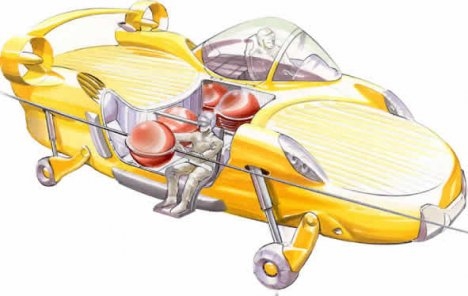