Fantasy Basketball is back and it’s bigger than ever. Whether or not you’ve played it, you’ve probably heard about it because thanks to its growing popularity, fantasy sports are kind of hard to ignore.

Over 60 million people play Fantasy Sports in the U.S.A. and Canada. The market as a whole is expected to be worth a staggering $38.60 billion by 2025 according to the Fantasy Sports and Gaming Association.

The growth is mainly due to an increasingly younger population, the wide availability of affordable smartphones, and the launch of fantasy sports applications – plus it’s a whole lot of fun. But if you’ve never given it a go and you’re a little confused about how it all works, then we’re here to help.

If you want to play Fantasy Basketball then you need to sign up to a NBA fantasy league. Simply sign up online or download their app and follow the instructions. Yes, it’s that easy.

Players are given the option to join an existing league or you can create your own. Every site has clear, easy-to-follow instructions that will guide you through the setup process.

It may seem obvious but it’s important to understand the rules of your chosen league. There are rules around roster construction, schedule, playoff structure, and point scoring so be sure to check them out.

Even experienced fantasy players make the mistake of not checking out league rules and it can be a costly mistake. Most importantly, be sure to check out just how points are scored, this will influence your roster selection and is something to keep in mind at all times.

A good draft is crucial and will put you in a great position going into the season, so taking time to prepare for it is key. One of the main things to remember is how many players you’re allowed for each position, as well as the number of bench slots.

Leagues do differ and some may only allow for just one player at each traditional position with a utility and a deep bench. Others may allow for all utility players and one bench spot. It’s also important to note which players are eligible at each position as each fantasy contest or league management system varies.

In an Auction draft, each team owner is allotted a certain amount of money to spend on players. A player is put up for auction, and owners then bid on that player.

The idea is to create the best team possible with the money that you’re given. But don’t blow it all on one player and leave yourself with no cash for the rest of your roster!

Auctions can be hard for beginners, so if you’re new to fantasy Basketball then it may be wise to give it a miss. But they can be more rewarding and take on more traditional and true-to-life team-building strategies.

If the thought of doing your homework for a draft seems too much like hard work, then don’t worry, that’s where the Autodraft comes in. Many Fantasy leagues offer an Autodraft feature that will do all the work for you.

To Trade or not to Trade?

By agreeing to trade with another player in your league you agree to swap one of your players for one of theirs. Trades are great fun and can help create a better balance for your team if your roster is lopsided in one position.

It’s also possible you have a hunch that a certain player is about to have a stellar season and you really want them on your team. If so, trades are a great way to get them on board.

If one of your draft picks is not doing it for you then it may be time to use the waiver wire. Simply put: these are players who weren’t drafted or were let go by another team in your league.

The key here is to work out if the player you want to let go of is having a bad season or just a bad run of games. You don’t want to let someone go and then see an upturn in their form.

The flip side to that is if you wait too long, the player you want to add to your roster may be picked up by someone else.

Stay up to date

The season ebbs and flows as injuries, poor form, or a change of coach can impact teams in the real world and influence your fantasy players. It’s important therefore to stay up to date with all the latest news and analysis from the fantasy basketball world.

Thanks to the popularity of fantasy sports, there’s are no shortage of media to keep you up to date with the latest stats and advice. So, now you know how easy it is, there’s nothing to stop you from joining in the fun. 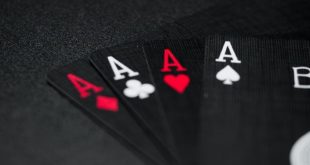 Why Should You Start Online Gambling? 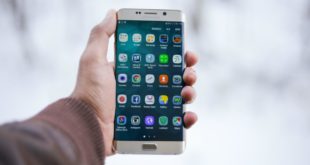 Five Things to Consider When Choosing a Sports Betting App