What To Expect From Augmented And Virtual Realities 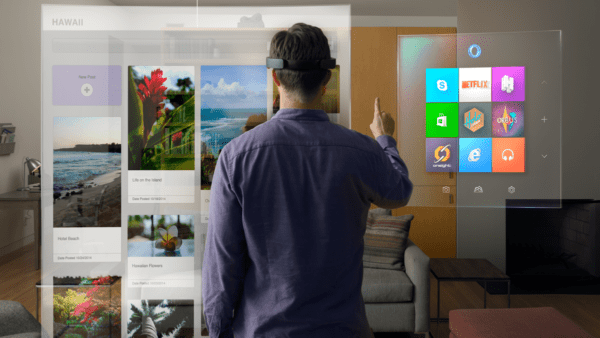 Virtual reality has arguably hit the mainstream, with the high demand for the Oculus Rift as the proof. But more telling is the emergence of low- to mid-priced players in the VR space because they are the ones producing the tech that will give the most people access to augmented and virtual reality experiences.

Everything from the Samsung Gear VR system right on down to the lowest tech DIY Google Cardboard creations is introducing a new demographic to virtual reality. People who might have never considered picking up the Oculus Rift are being pulled into the VR revolution thanks to promotions that put the tech into their hands at low or no cost. For instance, preorders for the Samsung Galaxy S7 shipped with a free Gear VR headset and six games, and the New York Times sent subscribers free branded Google Cardboard kits.

Those kinds of initiatives have introduced more than 5 million American households to VR as everyday entertainment and the stockpile of content designed just for virtual reality systems is blowing up. On top of that, innovative VR applications that fall outside of the gaming and entertainment space are being developed for the healthcare, education, communication, and design fields.

As prices go down, which they inevitably will, and adoption goes up, virtual reality technology will make its way into more and more areas of everyday life. Even now, developers are exploring the full potential of VR. While the systems do come with usage warnings, chances are the integration of VR into work and play will be a net positive. Here are some of the pros of widespread adoption of this still emerging technology.

More Opportunities for Education at Every Age

Nearpod VR lesson plans are already being tested in select classrooms. The curriculum, which includes VR and non-VR content, lets kids go on virtual field trips that include first-person tours of notable sites around the world. As the reach of VR tech goes up and the price goes down, this kind of curriculum will allow low-income and remote schools to give students experiences that would never be possible in real life. And for adults, VR will allow the kind of world travel and immersive education that is impossible for many because of cost or circumstance.

The possibilities of augmented and virtual reality are near infinite. Experience historical events first-hand. Walk with the dinosaurs. Meet VIPs from every country and every era. Sit in the front row at Lincoln Center (without leaving your living room). Actors will have new frontiers to conquer. Sports stars will be able to interact with fans anywhere in the world. And if you prefer more traditional forms of entertainment, companies like T-Mobile will make it easier to binge watch your favorite shows in a VR setting.

Improved Quality of Life for All

The homebound and those coping with limited mobility will benefit from personalized therapeutic experiences already being offered by companies like VR Kids. But that’s not all VR can do. Virtual and augmented reality can offer people relief from stress and anxiety, help train doctors and other healthcare professionals, make it easier for people to pick up new professional skills by putting people in a career setting and so much more.

The main con of augmented reality and virtual reality as they exist now is that the technology isn’t all it can be just yet. Start-up Tesla Studios is developing a full-body haptic suit that could be a game changer but until then devices like Oculus Touch and HTC’s hand-tracked controllers for the Vive only provide a limited multi-dimensional experience. And we have a ways to go before the kinks – e.g., motion sickness – will be worked out of the technology.

Clearly virtual reality will have numerous applications beyond entertainment and the content will only get better as time passes. Expect to see big leaps in the technology and the content being developed for it in 2016 and in the years to come. Chances are that someday soon VR will be as common in homes and in businesses as the PC.