Dying boy gets his gaming wish 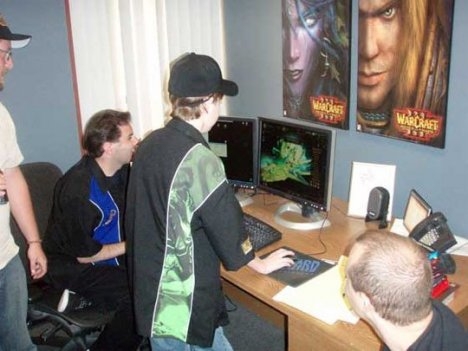 The Make-A-Wish Foundation has been making terminally ill people’s dreams come true for decades. This little boy with a brain tumor must of been one huge World of Warcraft fan.

10-year-old Ezra Chatterton had his wish fulfilled when Blizzard agreed to give him a full hands-on onslaught of WoW goodness. Ezra got the chance to record his voice in a studio for his character, designed his own weapon, created his own quest, and was even given the chance to use a one-of-a-kind cross bow which dealt out some serious damage. — Andrew Dobrow