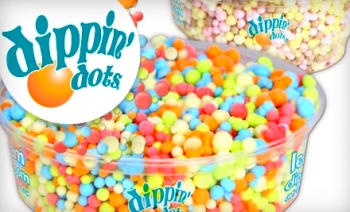 In case you’ve been living in a hole, Dippin’ Dots is a company that sells tiny, flash-frozen pellets of delicious ice cream. The company was first founded in 1987 by Curt Jones, who first created the process of “cryogenic encapsulation” that’s used to create the tiny round pellets of ice cream.

According to the company’s filing, they’re still remaining optimistic. Even though they’ve completed their Chapter 11 filing, they claim that they’re engaged in efforts to reorganize their massive debts and pull themselves out of bankruptcy.

However, with the current state of the economy, it could be safe to say that Dippin’ Dots might be a thing of the past.