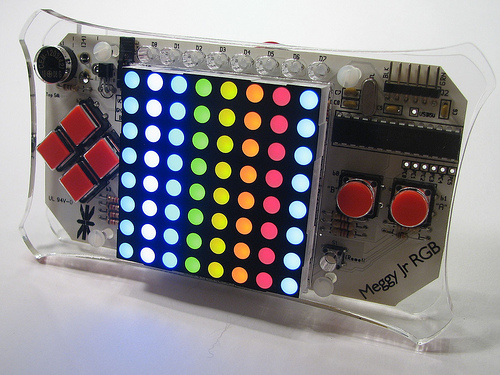 The name is a bit odd, I have to admit, but this looks like one fun toy for the DIY enthusiast out there. It’s called the Meggy Jr RGB and it’s a programmable handheld console that features an 8×8 LED matrix made up of wonderful colored lights. It uses an ATMega168 microcontroller, similar to that of the Arduino. In fact, you can use Arduino code to program the Meggy Jr. With six buttons available, you could end up making a game or an audio interface with this thing.

Evil Mad Scientist Laboratories has a whole write up on it and how it can be used. It’ll be available next week.