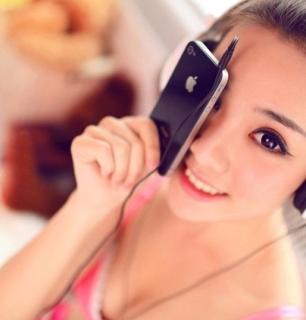 In a bizarre story reported by a Chinese news site, a teenage girl is apparently offering up her virginity in exchange for someone to buy her an iPhone 4.

According to the story, she’s doing this because her father won’t buy her one. Obviously prostituting herself via Weibo (Chinese twitter) will show her father just how much she really wants one.

So far, it seems like no one is taking her seriously — some people have even told her that the iPhone 4 really is a bad trade, or that she should hold out for the iPhone 5.

Considering how much attention this story has gotten, it’s possible that this could just be another clever prank. Remember that kid who supposedly sold his kidney on the black market to buy an iPad 2?