A Beginners Guide to Buying and Selling Bitcoins 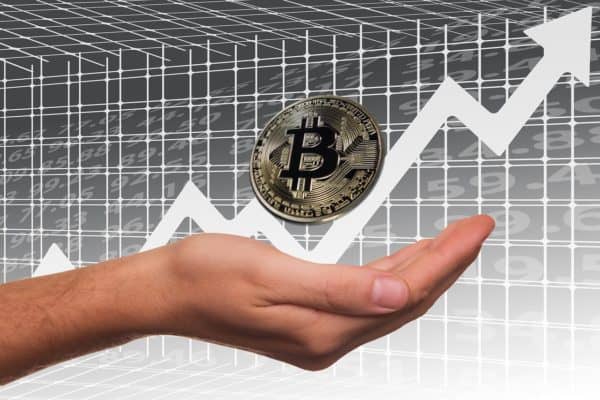 Bitcoin is the new game-changing currency in the market. These are digital or virtual coins that can be sold or purchased via the internet. Unlike any other currency, bitcoins are also finite in number, and their value keeps fluctuating depending on various factors. So far, there will be only 21 million bitcoins on the internet that by 2140. One can sell their bitcoins for the exchange of dollars, euros, and for the other cryptocurrencies currencies, and likewise buy them too. However, in order to carry out a bitcoin transaction, there are several factors that one needs to consider.

Despite the raging popularity of bitcoins, several people do not know the important details about this cryptocurrency. If you too are one of them who are not very well aware of its advantages and usage, here we bring you a guide answering all your questions about bitcoins.

We have explained in the beginning that what bitcoins are, now it is time to take it a bit further. The next very important question that comes to people’s mind is that how are bitcoins different from regular/fiat currency.

How are bitcoins different from fiat money?

Bitcoins are digital money. Although you can’t have them in real, you can purchase things electronically or convert them into any regular currency such as dollars or euros, etc. Unlike regular currency, bitcoins are decentralized and do not fall under any specific authority.

What are the advantages of buying bitcoins?

If bitcoins do not provide any exclusive advantages, theirs is no point for opting for them on regular currency. But the matter of fact is that they do provide numerous benefits. Some of them have been listed below.

How can you buy bitcoins?

You can buy bitcoins in a variety of ways, depending on your location. But first, you need an account to store your virtual money. The account for bitcoins is called a wallet. There are several reliable companies that allow you to open a wallet. Some of them are Coinbase wallet, electrum, mycelium, etc. Once you have an account, you can then contact a bitcoin broker to buy bitcoins or opt for an exchange to purchase the digital currency. Different brokers have different payment methods and currency to which you have to abide to purchase coins.

Once you get the coins, you can deposit them in your wallet, and use them later for shopping, investments, or any other activity.

How can you sell bitcoins?

Just like buying, you can also sell bitcoins either through a broker or an exchange. It is better to go for a broker because they are reliable as well as get the work done on time. You can also do it by yourself by contacting people who need bitcoins. You can find them on different forums and social media groups. However, it has a higher risk of being deceived.

Where To Trade Bitcoins?

Since it is not easy to find a reliable broker, here we have brought a detailed review about some of the best bitcoin brokers in town. Go through the list thoroughly to decide which one suits you the best.

The first company in our list is AvaTrade. It a highly renowned and fully trustworthy company that is registered in Ireland and is being regulated by none other than the Central Bank of Ireland itself. In order to get your account opened here, you are required to have a minimum deposit of $100. You can use this amount for the trading of digital currencies or forex. Since the company has a clear record and is also properly registered, it charges a commission of $6 on your transactions. This is their compensation over the current market price. Also, it doesn’t allow you to trade over weekends, nor accepts US clients. However, it allows you to transact in dollars.

BitStamp is the bitcoin exchange with the largest trading volume. Unlike other brokers in the market, it only deals with BTC/USD. This means that whichever currency you deposit in your BitStamp account, the company is going to convert it into USD and then carry out the requested trade. The best thing about BitStamp is that it has no threshold on the account balance. This means it has no minimum account size and accordingly no leverage.

Just like AvaTrade, BitStamp is also a reliable name. It is registered in the United Kingdom, and it is well known for abiding by anti-money laundering rules of the country.

Etoro.com is another potential name that you can look up to for all your bitcoin transactions. It is registered in Cyprus and is supervised by Cyprus Securities and Exchange Commission. However, trading of bitcoins is more restricted here as compared to others. It demands a minimum balance of $50 for you to open an account. It allows transactions to proceed on weekdays – 0:00 on Monday to 18:00 on Friday. Also, it charges 1% fees for your transactions.

Registered in two countries, i.e., the UK and Singapore, BTC.SX is another renowned bitcoin broker in the market you can work with. The best thing about the company is that it deals with bitcoins exclusively. In order to open an account, it demands you to deposit a minimum of 0.01033 of a bitcoin, and it offers a leverage from 10 to 1. Unlike many other bitcoin brokers, BTC.SX doesn’t allow USD, but it permits US clients.

With all these positive aspects, BTC.SX also has some drawbacks. It has high roll-over fees that result in costly trades. Also, after entry, the transaction doesn’t permit the stop-loss to be moved.

If you are thinking to invest you saving in bitcoins, the above-mentioned brokers can help you to make the best of your money.