Africans Are Losing The Internet Lottery

We tend to think of Africa as being a continent of developing nations, and that isn’t always fair. There are some developing nations in Africa, but there are also some countries that are easily as advanced in terms of social and technological development as many European states, and some areas of the United States of America, too. As a group, the economy of African nations is improving faster than any other area in the world, but right now, it’s still the world’s poorest populated continent.

In areas where incomes are low, we generally expect to be the cost of living to be low, too. In some respects, it is; the majority of Africans pay less for the cost of housing and basic goods than the majority of Americans, Asians, or Europeans. There’s an area where they’re paying far too much, though, and it relates to a service that we all rely on and have come to see as a necessity – the internet. Africans are losing the internet lottery.

We call it a lottery because the people paying for the service are subject to the whims of a pricing structure they have no control over, and no means of influencing. The price you pay for services is subject to the prices that vendors offer in your local or national area. That makes it as much a lottery as playing mobile slots. Nobody has any way of influencing how likely they are to win a mobile slots game – all they can do is put their money in and hope for the best. If they’re lucky, the slots casino game will fall in their favor, and they’ll win some money. A win in the case of the internet lottery would be affordable connection costs. There appear to be no winning tickets to this lottery almost anywhere in Africa.

According to a report that was released earlier in the week by the Alliance for Affordable Internet – a pressure group that campaigns for affordable internet prices around the globe – the average cost of an internet connection in Africa is 7.2% of a customer’s monthly salary for 1GB of monthly data. The maximum figure advocated for by the group – which was founded by web pioneer Tim Berners-Lee – is 2%. In the most extreme cases, the cost is as high as 20%. Paying one-fifth of a monthly salary just to get online is prohibitive for the majority of people living where rates reach that level. The group feels that this is the reason why 49% of the global population still doesn’t have access to the internet; the ability to connect is there, but the ability to afford the connection is not.

It’s important to point out that not everywhere on the continent suffers from such extortionate costs. In Egypt, the same amount of data costs a mere 0.5% of the average monthly salary, with Mauritius barely behind them at 0.59%. The continent’s average cost, however, is dragged up by the amount charged in DR Congo, Central African Republic, and Chad. In all three nations, the figure exceeds 20%, and only the wealthy and privileged are able to get online.

According to the report, the most significant barrier to reducing costs in the affected areas is that there’s only one provider available. Either the provider is state-owned, or the provider has an exclusive contract with the government to provide internet services within the country. Without competition, the provider is then free to set prices as high as they wish, knowing that consumers have no option other than to pay it if they want to get internet access. Greater competition and the breaking up of these monopolies would almost certainly drive prices down, but this is easier said than done.

Aside from paying too much for their internet access, Africans are also more likely to have their internet taken from them by Government decree than Europeans or Americans. In some nations, the internet has been shut off or severely restricted during times of civil unrest, under the guise of national security. Since 2016, there have been 46 such full or partial shutdowns in Africa (mostly in Cameroon and Egypt). During the same period of time, there have been twelve in Europe, three in South America, and none at all in North America. The Alliance for Affordable Internet is as keen to see this form of censorship end as they are to see Africans able to connect to the internet at a reasonable price.

Ultimately, difficulty connecting to the internet will mean difficulty in developing the African economy any further. We now live in a global marketplace, where large companies (and their employees) frequently participate in virtual meetings from locations on opposite sides of the world. People based in the United States of America do remote work for clients based in Australia. Multinational corporations liaise instantly between their British office and their Chinese office, as easily as if they were all in the same building. For economies in Africa to continue their positive development trend, it’s essential that the cost of getting online in the worst-affected countries comes down as quickly as possible.

How to achieve this is another matter entirely. States that control their own internet and earn handsomely from it are unlikely to see an immediate and pressing reason to make less money from their prized asset. Companies who have exclusive contracts have no reason to allow a new, cheaper firm into their market, and would likely have legal recourse for breach of contract if such a thing were even attempted. As a consequence, African citizens are either left paying too much for their data or unable to take their seat at the table of the world wide web.

Economies and costs are always likely to vary from country to country. The price of a loaf of bread in America and the price of a loaf of bread in Rwanda is never likely to be the same, but that doesn’t matter so long as the cost is proportionate, and is realistic for the person who wants (or needs) to buy it. Until the cost of internet access is properly addressed in countries where people are paying over the odds, Africans will continue to lose every time they pay to enter the internet lottery. 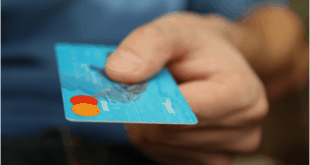 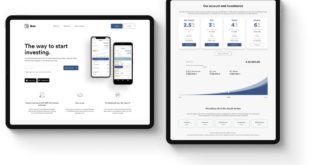 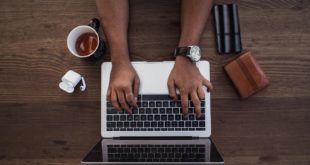