Video gaming companies don’t exactly have it easy: the global video game industry is over $100 billion, and competition is fierce. Companies have to work hard to develop marketing campaigns that will help their games stand out from the crowd. It’s not uncommon for high-revenue gaming companies like Nintendo to work with premier ad agencies like OmnicomGroup.com. Other companies choose to work with reputable marketing agencies like PolarMass.com.

These firms are able to step outside of the box and build creative strategies around game releases (and other marketable businesses) that can bring in huge sales.

The goal is to build buzz in the ever-evolving gaming industry. For many of these companies, they can’t afford to not go to great lengths to build out their marketing plans. Because games cost so much to produce, a title that performs badly could put the company out of business. Here are five companies that did their marketing campaigns right: The creators of Just Cause 3 are a perfect example of how to create a unique campaign that can easily go viral. The game took place on Medici, a fictional island, and to capture the essence of Medici, the company decided to offer a real island giveaway. Customers who preordered the game had 90 days to gain as many points as possible by destroying things within the game, and the winner won an entire island (or $50,000). BioShock had a successful first run, and BioShock 2 had to live up to its predecessor. To help build hype, the marketing team at 2K Games built “Something In The Sea” – a narrative site that allowed fans to participate in an investigation. The website added new clues regularly and the interactive site went viral. Shortly after, there were fictional bottles of wine that “washed ashore” on ten beaches around the world. The bottles featured game memorabilia further helped the campaign go viral. Video game company Capcom organized a treasure hunt for their game Resident Evil 5 — consisting of body parts. Hosted in London’s Trafalgar Square, it offered the winner a trip to Africa. The blood-soaked body parts — smeared in chicken liver to lend an air of authenticity — shocked passerby who were anxious to see what was going on. The event organizer even admitted to the Guardian that he was mildly afraid of being arrested for the stunt.

The campaign attracted even more attention when several of the body parts went missing and Capcom had to issue a statement advising Londoners not be too shocked if they came across stray appendages. Other marketing initiatives included a series of trailers (even one that stirred controversy) and viral videos. The game went on to sell 6.6 million copies — Capcom’s highest selling at that time. Techland, the company behind zombie survival game Dead Island, used the power of narrative film to build dialogue around Dead Island. They enlisted the help of Axis Animation to create a captivating short based on the game’s story. The YouTube video has been viewed over 15 million times and won the company a gold award  at the Cannes Lions International Festival of Creativity. A Wired game review writer wrote, “It may be the best videogame trailer I’ve ever seen; gorgeous, well-edited and emotionally engaging.” Techland also produced a four-episode series in partnership with Games Radar’s Talkradar. The game went on to sell over 5 million units. While Nintendo is a big company with a large budget, they still had a huge undertaking with Wii Sports. They wanted to go beyond the children’s market to reach a much wider audience. To do so, the company got involved in a host of marketing efforts designed to demonstrate the game’s social appeal, ease of use, and versatility. A series of videos showed how families consisting of everyone from children to grandparents could easily play the game and have fun. The pricey campaign also included in-store demos, a music tour, and several public events. 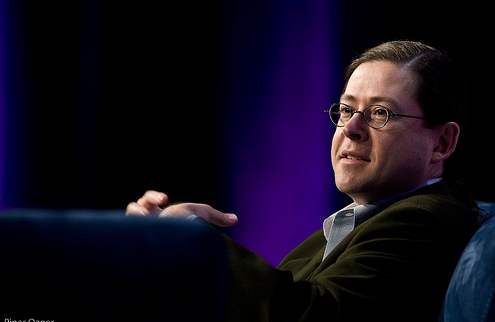