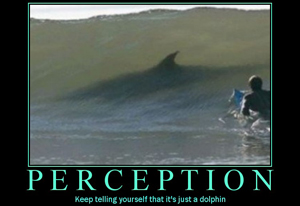 Many, many, many moons ago the seemingly basic question was asked: “If a man born blind can feel the differences between shapes such as spheres and cubes, could he similarly distinguish those objects by sight if given the ability to see?” This question was asked by one William Moyneux, and it set off a debate over perception that lasted 323 years.

That debate was finally resolved with a simple answer: “Probably not.”

New studies have shown that there is almost no correlation between what is perceived in the human mind when you hear, taste or touch an item, and what the item ultimately turns out to look like. Part of the reason why it took 323 friggen years to answer this seemingly simple question has to do with the debate of Nature vs. Nurture, but mostly it has to do with the fact that finding people who were born blind and then gained the ability to see was a real pain in the ass. After all, most people who are born blind and regain their eyesight do so while in their infancy and let’s be honest — infants can’t tell which side of the crib smells worse, let alone give you detailed analysis of “smooth vs. rough.”

So, what did these studies find? Basically, these studies found that after children reached a few years of age, it becomes very difficult for them to visually separate round objects from flat. In fact, when tasked with picking which was which, the end results were only slightly better than blind guessing.