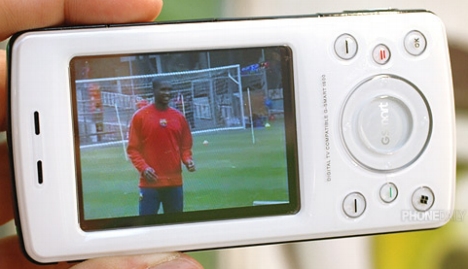 Taiwanese cellphone company GIGABYTE has unveiled the world’s first cellphone that supports both DVB-T and DVB-H digital broadcasting standards. The t600 is also a smartphone that runs on Windows Mobile 6 Professional, the CPU is an Intel PXA270 520Mhz which is reasonably powerful. The t600 has 256MB ROM and 96MB RAM, external memory used here is microSD. In terms of connectivity, Bluetooth 2.0, WiFi WLAN 802.11b/g and USB2.0 are all supported. The antenna actually also works as a stylus, it can even extend to be longer than the device itself (pics after the jump), making the pen a lot easier to use. The t600 is able to record programs broadcasted digitally with the CyberLink Mobile TV program pre-installed, it also has a 2 megapixel camera with autofocus and LED flash. The device itself fairly small measuring 110.5 x 55.5 x 18.5 mm, keep in mind that the main display is a 2.6″ VGA screen (lovely). GIGABYTE claimed that the 1000mAh battery is good for 5 hours of TV on DVB-H and 3 hours on DVB-T. Talk time goes up to 3 hours and the standby time can be as long as 150 hours. So the t600 is one of the most pocketable and powerful WM6 devices around, it will go on sales in Taiwan this April. No news on price yet, but expect this to be cheaper than most HTC devices. More pictures after the jump. 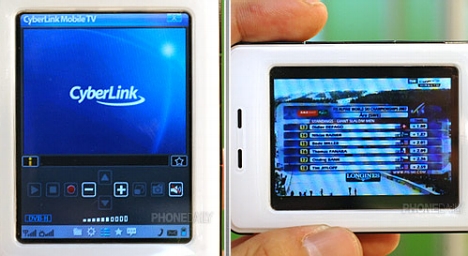 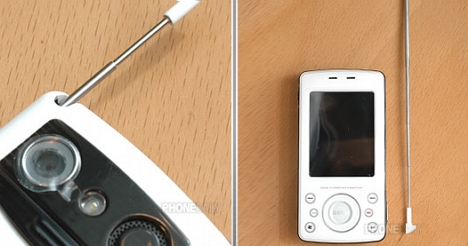 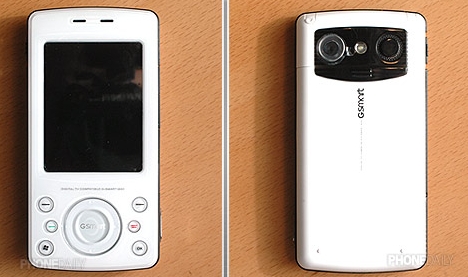