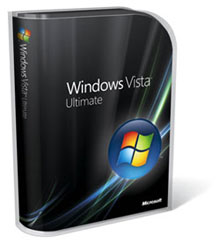 With the recent crackings of the security measures set forth in HD-DVD and Blu-ray, it is only fitting that the DRM in the upcoming release of Windows Vista is hacked. Alex Ionesu, the man who claims to have bypasses the security, has only released very vague information due to the possibility of legal actions by Microsoft. Currently, this is just a proof-of-concept, but so what? It is fairly disappointing (yet somewhat expected) that Microsoft’s so called higher security safety implemented in Vista has been fooled before it has even been launched to the public. So what part has he defeated? Ionescu has put to rest the Protected Media Path that is supposed to stop Vista from playing DRMed audio and video files. Tricky, tricky. Microsoft should be sweating bullets. — Nik Gomez