Will Your Phone Throw 4K Video From Its USB Port

Rumor has it that as of September, the  Mobile High-Definition Link (MHL) standard will get an update that permits 4K video from your phone’s USB ports. 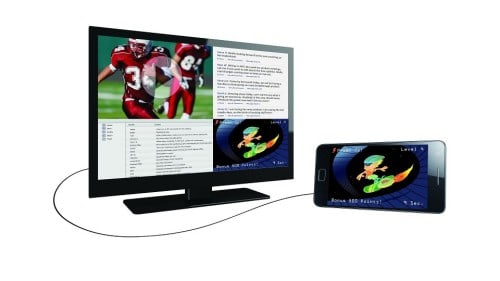 The upgrade, which is being referred to as MHL 3.0, will enable 4K media standard support. So what does that mean? It means that your mobile device will now be capable of pumping out 3840×2160 video at up to 30 frames per second. This new change will also allow your phone to transmit data and video simultaneously and it will allow your phone to pull 10 watts of power to charge at the same time as providing video.

The new MHL 3.0, which is being backed by Nokia, Samsung, Toshiba and Sony will become available in September!