Wikileaks and the End of Stolen Kisses 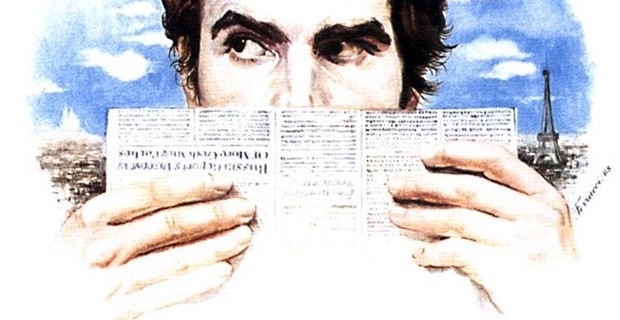 There has been, from the outset, something about (WikiLeaks’) activities that goes way beyond liberal conceptions of the free flow of information. We shouldn’t look for this excess at the level of content. The only surprising thing about the WikiLeaks revelations is that they contain no surprises. Didn’t we learn exactly what we expected to learn? The real disturbance was at the level of appearances: we can no longer pretend we don’t know what everyone knows we know.

However, it is a mistake to assume that revealing the entirety of what has been secret will liberate us. The premise is wrong. Truth liberates, yes, but not this truth. Of course one cannot trust the façade, the official documents, but neither do we find truth in the gossip shared behind that façade. Appearance, the public face, is never a simple hypocrisy. E.L. Doctorow once remarked that appearances are all we have, so we should treat them with great care. We are often told that privacy is disappearing, that the most intimate secrets are open to public probing. But the reality is the opposite: what is effectively disappearing is public space, with its attendant dignity. Cases abound in our daily lives in which not telling all is the proper thing to do. In Baisers volés, Delphine Seyrig explains to her young lover the difference between politeness and tact: ‘Imagine you inadvertently enter a bathroom where a woman is standing naked under the shower. Politeness requires that you quickly close the door and say, “Pardon, Madame!”, whereas tact would be to quickly close the door and say: “Pardon, Monsieur!”’ It is only in the second case, by pretending not to have seen enough even to make out the sex of the person under the shower, that one displays true tact.

—Slavoj Žižek, in an essay entitled “Good Manners in the Age of WikiLeaks” in the January 20 London Review of Books. The Slovenian philosopher argues that it’s not for its exposure of secrets, but for pointing up “the shameless cynicism of a global order whose agents only imagine that they believe in their ideas of democracy,” that WikiLeaks is hated by the powers-that-be. Quoting Marx, Žižek observes that government has become “the comedian of a world order whose true heroes are dead.” It’s worth making explicit the parallel that Žižek implies between the ebbing of government’s moral mandate and the peril of the person in light of Internet culture and the social media: in our strident claims to privacy rights, we photo-senders and status-sharers ask one another to imagine we believe in rights we’ve already waived. We pretend that Facebook is private, when in fact it’s privative; the tears we shed are those of a clown.