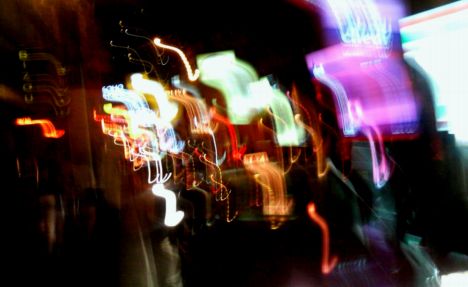 A lot of people have been asking why on earth can’t we call/send new year and Christmas messages on time. The answer is simple, it’s because the lines are jammed. It might mean nothing to the phone users whether it is the system that is crashed or really the traffic that is jammed, but to the network providers, it makes a heck of a difference. They’ve been trying to solve this problem in Japan. Earthquakes are not uncommon in Japan, and whenever there are earthquakes, phone line traffic will go up by about 50 times and the lines will be jammed. The jam is actually not caused by the traffic itself nowadays, but the traffic control. So how do they make it fair so that everybody will have equal chance of being blocked in times of emergency? And how do we know if our friends are dead or alive?

Whenever a cellphone customer signs on a new contract, they have a system that distributes phone numbers into different groups randomly and permanently. When there is an emergency, depending on the level of traffic rise, they will control a certain percentage of the lines. And the control will only limit inter-group calling, pretty much like how airport satellites (terminals) work. Intra-group calling is not affected, so you won’t lost all your connections but the operators at the same time can have different servers serving different groups individually and simultaneously, this makes the system harder to crash. If there are 10 groups altogether, a 50% control will mean that you will not be able to dial to 5 groups which are selected randomly. If you are unable to reach your lovelies, try the emergency online message boards, which you can search up your personal message by the phone number or name of your friend. These emergency message boards have become really popular in the past few years. As the holidays are approaching, the Japanese operators have already issued notices on proposed phone lines traffic control for Dec 31, warning people not to make stupid calls of one sentence. — Sam Chan