WashUP Combines Washer And Toilet Into One Giant Cesspool Of Productivity 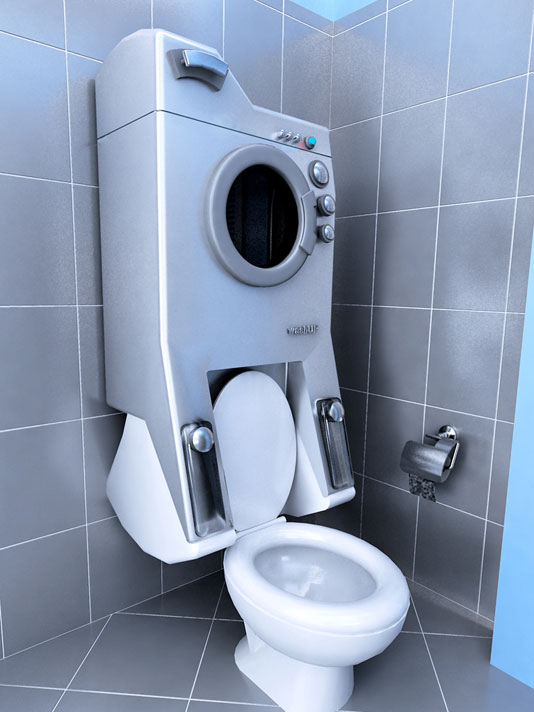 I’ll be the first to admit that there have been times that I have held my excrement in so long, that by the time I make my way to the toilet, I’ve already soiled myself. I’m not proud of it, but hey, it happens. The last thing I want to do is sit around in my soiled clothing, so a concept such as WashUP makes sense to me. I’d just grab a book and sit on the throne until my clothes we’re all washed and air-dried.

Those of you who have pets should probably take notice though, since the WashUP device uses the washer’s discarded water as the water for the toilet, so it might not be safe for your pet’s to drink out of if they have the habit of turning to the bathroom for a wet treat. I, for one, would much rather have some Apple integration, such as the poonavative Airpoo. — Andrew Dobrow