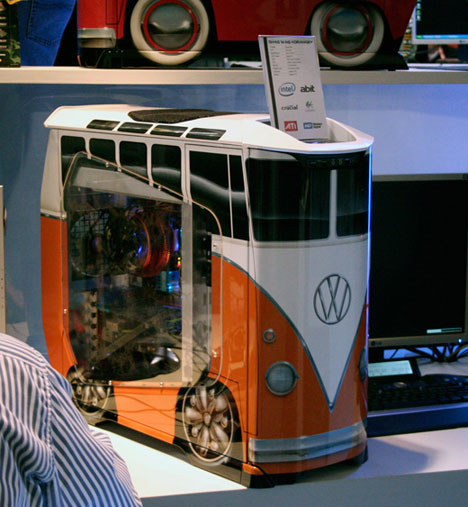 We’ve seen a super cool case mod themed after a V8 engine, but never one that shows love to the German Volkswagen (which means “people’s car” for all of you Nazi sympathizers). The VW case mod is no short stack, resembling closer a VW bus than a Beetle.

The VW case was showed off at CES at the Cooler Master booth, which also showed a few other snazzy cases, but nothing as exciting as the VW. What’s the only thing that could have made this case cooler? Rotating rims, of course. — Andrew Dobrow