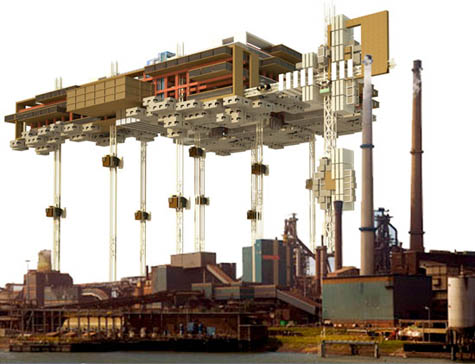 As long as no one manages to smuggle in a parachute, this actually seems like a decent idea. We’ve heard of prisons being held on islands, a la Alcatraz, but never did we think that keeping prisoners high would be the answer. It sure would produce some interesting blog posts though. Oh, wait, you mean high as in height? Of course, that’s what you meant! The soap has never had such a far distance to fall.

With the vertical prison concept, hight becomes the wall, keeping prisoners above the surface, yet still accessible via specially designed pods which act as transportation across the prison’s grounds. A skyscraper of crime if you will. Living free among the colony, working to sustain themselves and the city below, it is a hope that prisoners will be able to better adapt back into society once their term is over. Something tells me that some major shanking is in order.