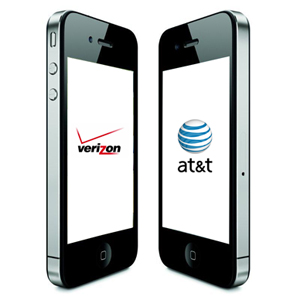 If you’ve turned on your television in the past few weeks, you’ve probably seen one or two Verizon Wireless advertisements that fetishize the iPhone 4. If you read tech blogs, you would have been under the impression that the iPhone 4 finally coming to Verizon was the biggest thing to ever happen to the smartphone market.

In numbers provided to BGR by “one of [their] Apple sources,” the first five days of the iPhone 4 on Verizon could be classified as “disappointing:”

For those of you who aren’t fans of math, allow me the burden:

These numbers are on top of the roughly 550,000 units that were pre-ordered.

One factor in the apparently slow sales of the iPhone 4 on Verizon is the Verizon customer base. Starting with the “Droid Does” ad campaign, Verizon had painted themselves to be the carrier for the anti-iPhone crowd. Plus you have customers on Verizon who can’t upgrade from their current phone for some time, nor can they afford the $700 pricetag for an iPhone 4 off-contract. So while the iPhone 4’s initial sales may be disappointing for the moment, the race is long from over.