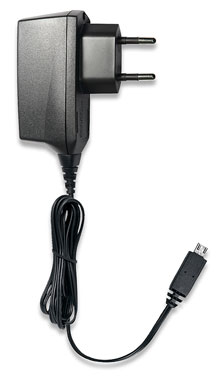 Praise be to Beetlejesus! If you’re like any normal human being, chances are there’s been a time where your cellphone has started to die and you bring up the age-old question: “Hey, does anyone have a charger I can use?” Of course not! You’ve got an LG and I’ve got a Samsung. Ray has a Motorola and Christie has the Nokia E63. Do you see the issue? There’s no standardization on mobile phone charging, but luckily, all that is about to change.

The GSM Association announced at the Mobile World Congress that all of the UK’s mobile phone companies have signed up for the idea of a universal charger. Hopefully, American companies will follow suit. The new charger will use 50-percent less energy when standing by and features a microUSB connection as the charging port. The idea is that by 2012, most phones around the world will use the new universal charging standard. I think it’s a fantastic idea; let’s just see how well it gets executed.