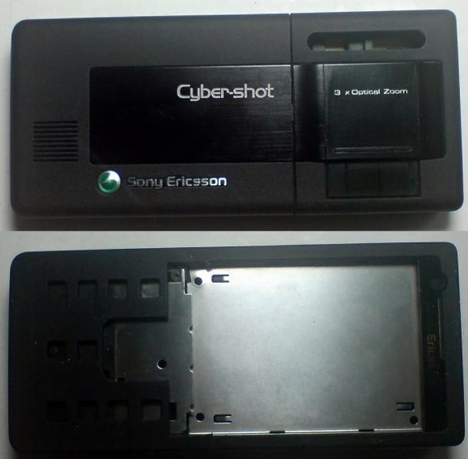 A Chinese site has posted up live pictures of an unannounced SonyEricsson Cybershot device. Allegedly these pictures are showing a K850i successor with 3x optical zoom. Whilst the front actually looks like a K850i itself, with the d-pad in the middle of small squarish keys, the back looks like an upgrade of K810i. It will be interesting to see how the company fits a zoom module in such a thin (sub 20mm presumably) package.

Assuming that this would also have a 5 megapixels sensor and a xenon flash, it will be in direct competition with Samsung’s G800 and Nokia N82. The funniest part is that none of these 3 devices have been officially announced yet.

We have reasons to believe that these pictures might be legit, from the experience of P1i when similar phone-casing photos showed up months before its official debut. We’ve got a few more shots after the jump.